Mittenwald, Germany: coffee with a view 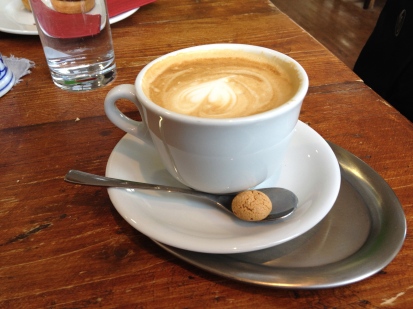 This past Friday, I had a video shoot in Garmisch-Partenkirchen, Germany. I was traveling by train from Bern, Switzerland, but an unseasonably early snow storm brought down trees all along the tracks in the Austrian and German Alps, so from Innsbruck on there were only buses, and many delays. In the end, this was a fortuitious development because I was able to spend some time in Mittenwald, Germany, both on the way to Garmisch and back. Mittenwald is known for it’s violin-makers, and is an incredibly beautiful Alpine town. The little cafe at the train station was a special treat, with friendly service, great food, and a variety of local beers. Put this little town on your “bucket list.”

Visit the blog that I’m currently working on in Switzerland: http://isberne.wordpress.com/2013/10/10/isberne-sports-promotes-character-camaraderie-and-community/